This is why we can’t have nice things

There was a time — and it really wasn’t that long ago — when you could say that Michael Bay made good movies with a straight face. Action flicks like The Rock, Bad Boys, and Armageddon were never seen as capital-c Cinema, but they were incredibly entertaining and bombastic summer rides, packed with an attention to visual detail and style that were uniquely the director’s own. In many ways, he was the second coming of Tony Scott, reinventing the action movie for a generation that wanted bigger, louder, faster, more.

And then Transformers happened. (Well, Pearl Harbor happened first, but Bad Boys 2 was a delightfully insane course correction.) With giant robots taking center stage, the Hasbro toy adaptations have lacked any semblance of coherent story or characters, leaving audiences with little to hold on to beyond the visuals — save for the gut-level disdain many felt for Shia LaBeouf and Megan Fox. But with Transformers: Age of Extinction, it’s felt like that could be changing. There’s Mark Wahlberg, injecting new blood and a new dynamic into the mix. There’s the introduction of the Dinobots, creatures so bizarre that they seem uniquely suited to the director’s larger-than-life sensibilities. And there’s Bay himself, who recently stretched outside his comfort zone with Pain & Gain. As the lights went down in the theater, I thought that this might be the Transformers film to break the cycle, upending all expectations by actually being good. 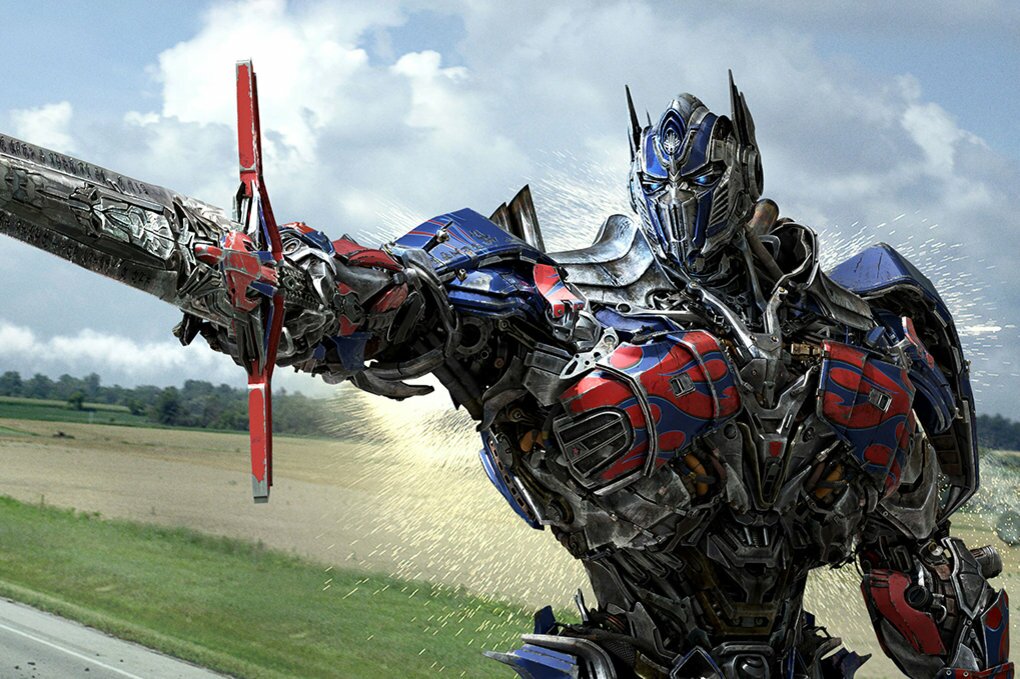 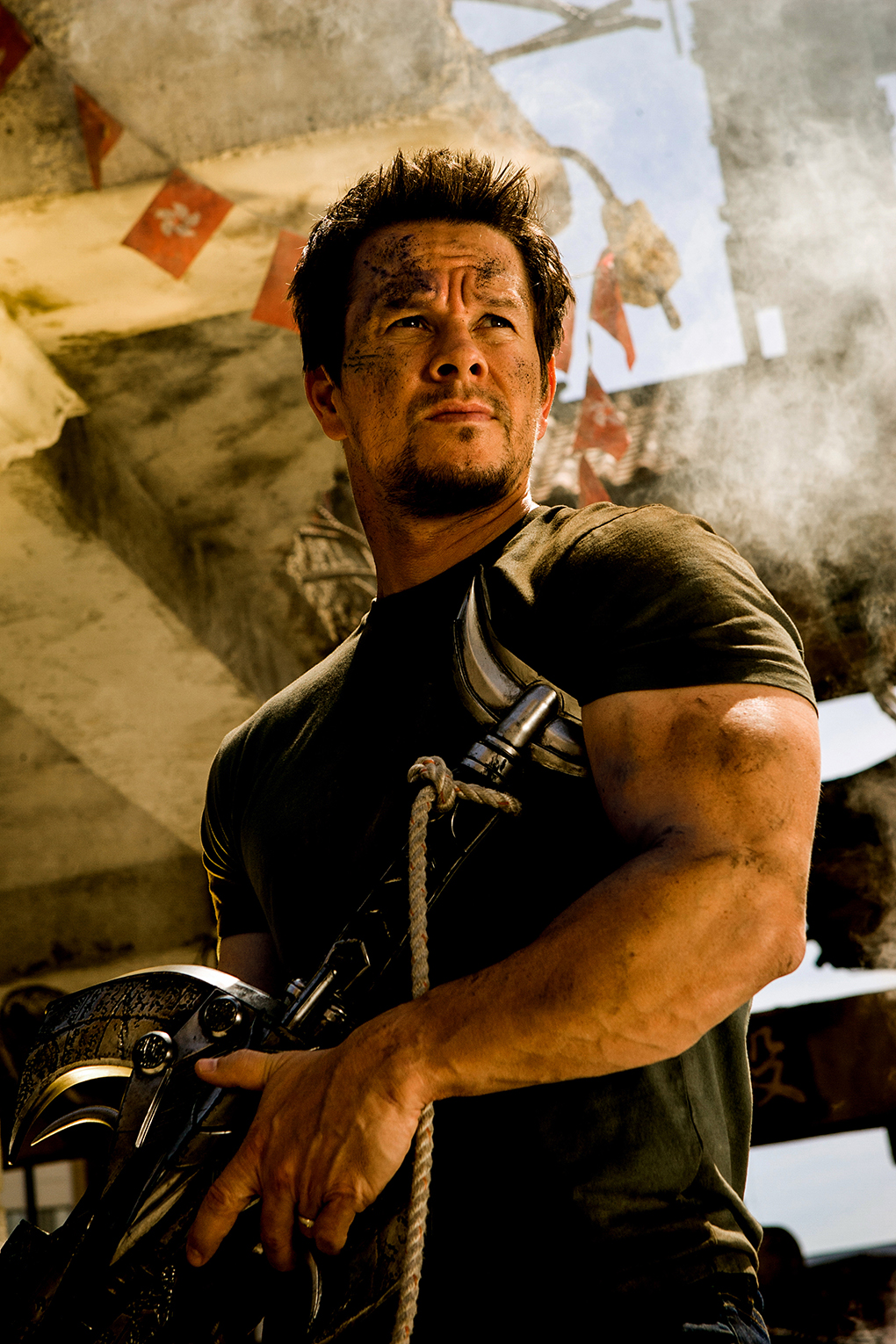 MARK WAHLBERG BECOMES THE LAST ALLY OF THE AUTOBOTS

Age of Extinction picks up several years after the last entry, 2011’s Transformers: Dark of the Moon. In case you don’t remember, that movie ended with the Autobots victorious in a battle that laid waste to much of Chicago, Optimus Prime intoning that he would always protect Earth and its inhabitants. As it turns out, not so much. The Chicago battle has convinced humanity that all Transformers are bad, and the Autobots have gone into hiding (Optimus was nearly killed at some point, apparently, and hasn’t been seen since). A CIA agent (Kelsey Grammer, talking very deliberately and never blinking) is making a name for himself by hunting down the Autobots and killing them one by one — only he’s telling the president that he’s actually killing Decepticons. Perhaps he’s lying because he’s working with a robot bounty hunter named Lockdown, who is never set up or explained in any meaningful way — but his face does turn into a pretty cool-looking gun.

Meanwhile, Mark Wahlberg plays Cade Yeager, a single dad trying to keep his home out of foreclosure and provide for his 17-year-old daughter, Tessa (Bates Motel’s Nicola Peltz). Cade is an inventor, mainly because he wears glasses and keeps reminding everyone that he’s an inventor, but he’s forced to make ends meet by repairing junk that he salvages. One day he’s picking up scraps from an abandoned movie theater, where he comes across a broken-down semi truck. What follows is such a mess of random events and happenstance that it’s best described in snippets rather than pretending it builds any sort of meaningful narrative: Cade repairs the truck and finds out that it’s Optimus Prime. They team up with the few remaining Autobots, with Grammer’s CIA hit squad in pursuit. Cade and company discover that a mercurial tech executive (Stanley Tucci, the film’s one consistent highlight) has found a way to build Autobot clones using a rare element called “transformium.” Tucci sics his clones on our heroes, because the aforementioned robot bounty hunter wants Optimus Prime so badly that he’s willing to give Tucci a device that will create even more transformium in return. 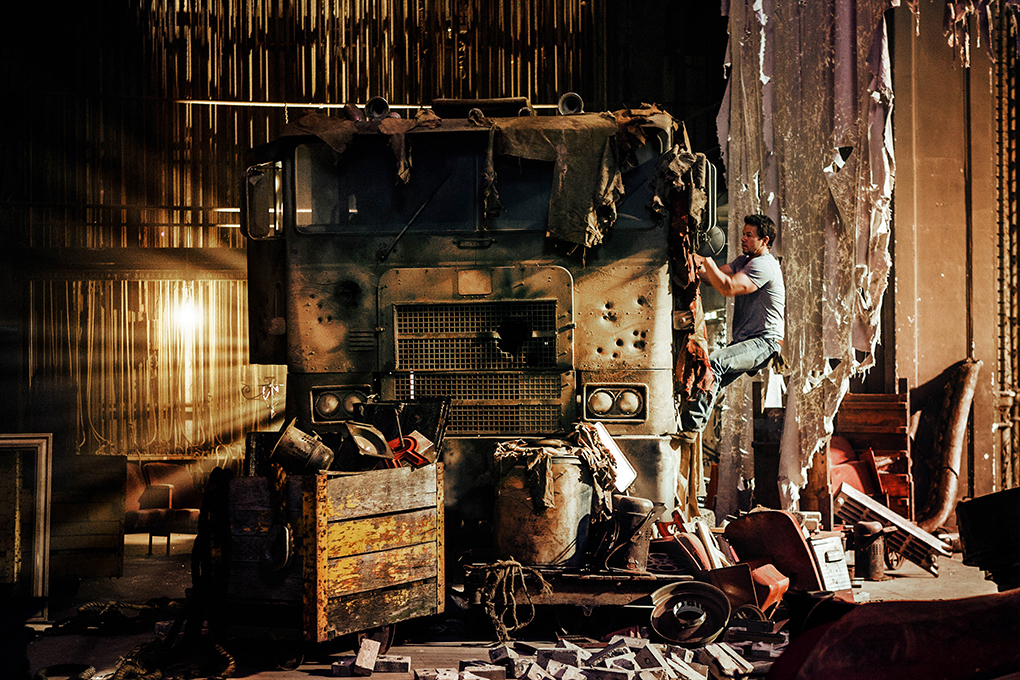 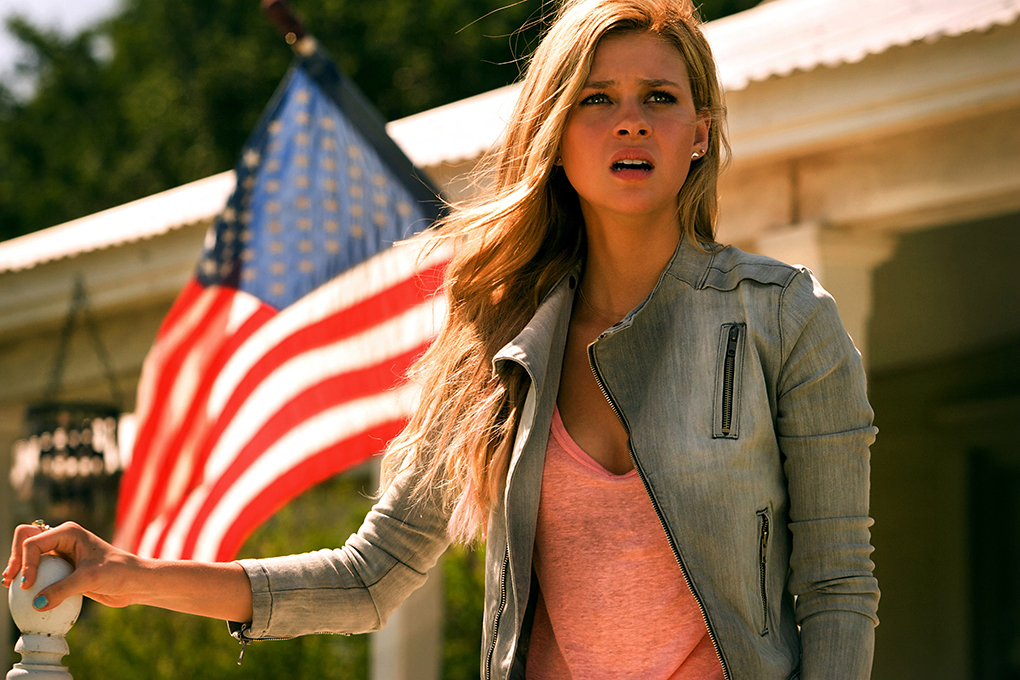 The story has so many strange shifts and awkward lurches that it’s hard to believe it was ever intended to be a cohesive whole — and that feeling permeates every aspect of the film from start to finish. Characters mysteriously change location in the space of a cut during action sequences. Wahlberg plays Cade with comic, wide-eyed goofiness in one moment, only to be deadly serious the next. Optimus doles out platitudes (“Honor to the end!”) at seemingly random intervals. And robots come and go with such little concern for backstory or context that it feels like every scene was constructed simply by throwing a dart at a roster of potential characters. The lack of thematic and tonal consistency turns the film’s two hour and 45 minute running time into a pummeling assault, essentially daring the audience to keep track of what’s happening. 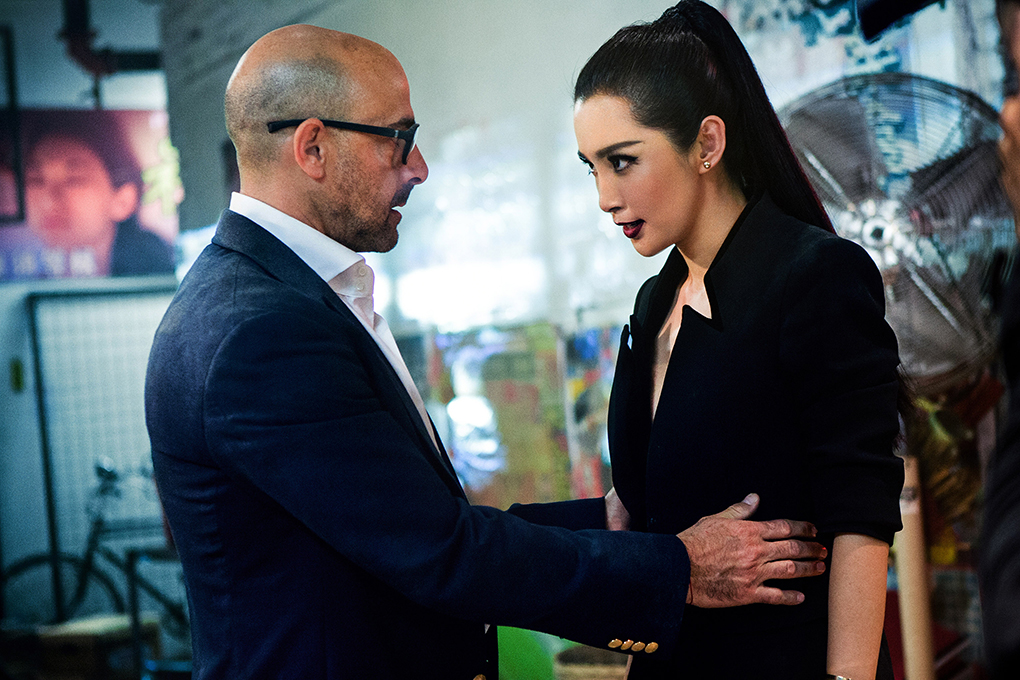 What’s worse is that for the first hour the movie actually does seem like it’s managed to right the ship. Silicon Valley’s T.J. Miller plays a goofy colleague of Cade’s, and their rapport sets the stage for a genuinely engaging push-and-pull that unfortunately goes nowhere. And while Cade’s overprotective feelings towards his daughter aren’t novel, they’re imminently human and relatable. Unfortunately, they’re turned into nothing more than a running gag after Tessa’s boyfriend shows up, as the movie sidelines any human interactions in lieu of robot reactions and a stroboscopic string of explosions.

What Bay still does better than anyone else is produce hyperkinetic imagery that is almost anthemic in its rah-rah Americanism. Waving flags, slow-motion explosions; all of the elements are there, and when they work they’re phenomenal (a slow-motion shot of a car taking out a CIA agent is a particular highlight). Industrial Light & Magic’s effects work is better than ever, though it doesn’t solve the fundamental design problem of the Transformers themselves. They’ve always been a mess of visual noise and interlocking parts, and while they may look more photoreal than ever it’s still nearly impossible to get a read on which character is which if they’re not in the (rare) wide shot. 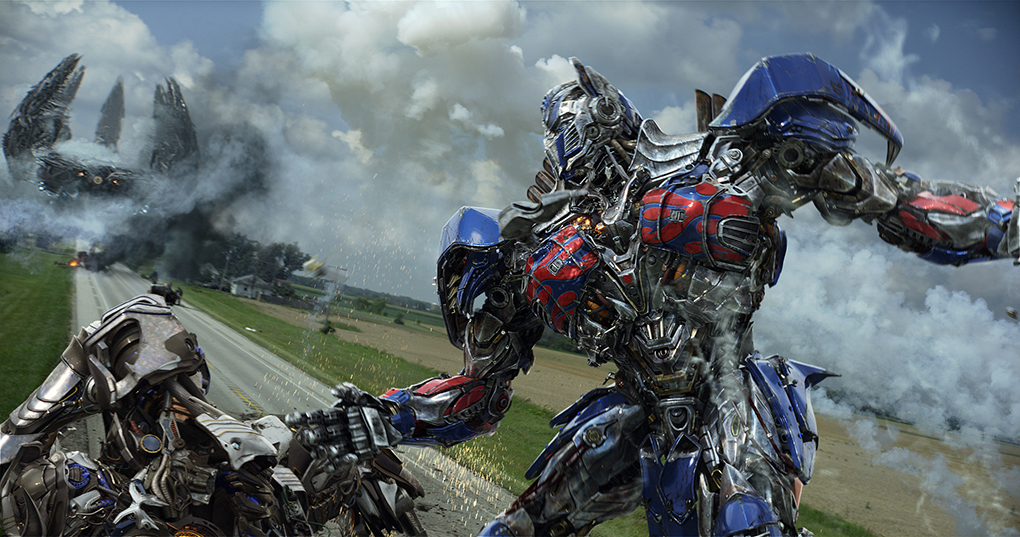 In fact, the most consistently coherent thing about Transformers: Age of Extinction may be its relentless devotion to product placement. From the very beginning, when somebody wonders if the movie theater has an IMAX projector, it’s an onslaught, with Budweiser, Microsoft, Blue Cross, and many, many others all showing up at one moment or another. There even appears to be region-specific product placement. During a stretch in Beijing, several characters hold cups with Chinese-language branding just so to ensure the camera gets the perfect view.

Of course, it’s very likely that none of the film’s failings will matter. The franchise has never been held in high critical regard, but that hasn’t stopped it from raking in more than $2.6 billion worldwide. With that kind of box-office performance, there’s obviously little incentive to change anything — and audiences will no doubt flock to this installment as well.

The problem is that these movies could be better. There’s an often-made argument that audiences should just shut their brains off and enjoy a mindless summer movie, but amazing visuals and action sequences can coexist with compelling characters and epic storylines. It’s why The Avengers was such a beloved success, and why we’re all hoping J.J. Abrams can tap into some of that old-school Star Wars magic. Christopher Nolan’s career alone is proof that there is a want and a need for films that are both smart and broadly commercial. But as long as audiences continue to flock to movies like Transformers: Age of Extinction and forgive their shortcomings, that’s what Hollywood will make. Not the movies we want, but the movies we deserve.

Transformers: Age of Extinction is now playing. All images courtesy of Paramount Pictures. 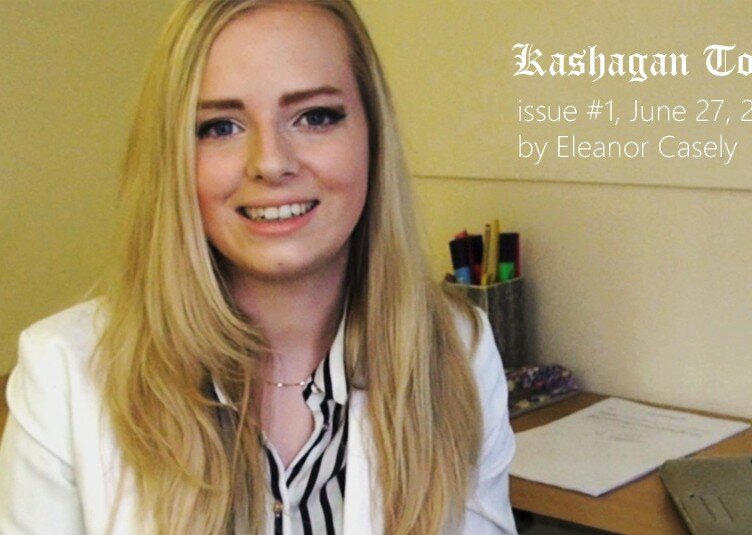 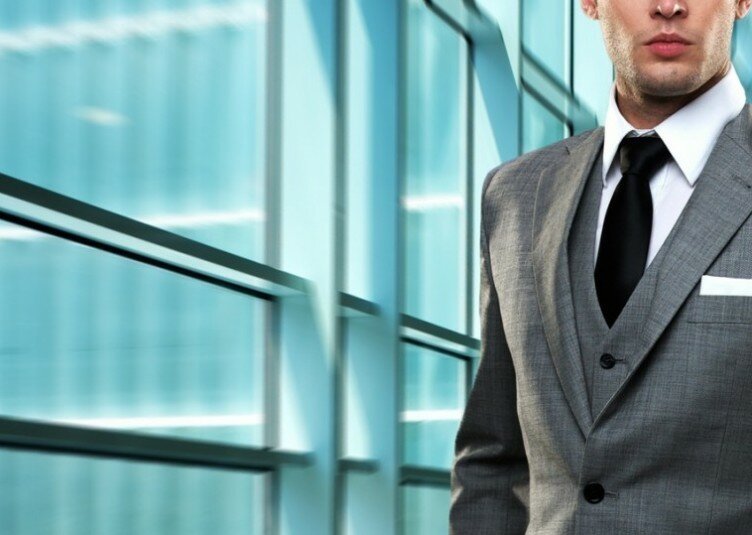 10 Lessons That Will Help You Excel In Your 30s 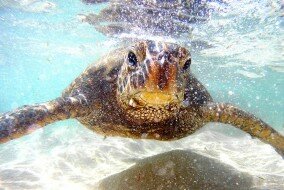 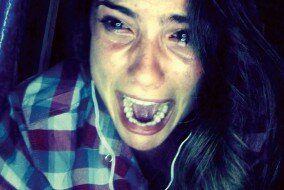 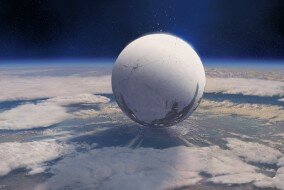 The Most Expensive Video Games Ever Made