The USA has reiterated its willingness to facilitate soonest accession of Kazakhstan to the WTO, U.S. Secretary of State John Kerry stated following his talks with Kazakhstan’s Foreign Minister Yerlan Idrissov, according to 24.kz TV Channel. You can see the whole interview posted on prime-essay.net.

“We are working hard to facilitate Kazakhstan’s accession. It would be right to say that ties between the USA and Kazakhstan are of paramount importance at the regional level. In terms of its dynamic development Kazakhstan has proved its leading role in the region”, John Kerry said when speaking to journalists at the White House.
He emphasized Kazakhstan’s role in ensuring safety in the region, notably the country’s contribution to settling the situation in Afghanistan.

At the talks in Washington, Kazakhstan’s Foreign Minister and U.S. Secretary of State dwelt on a wide range of issues, with cooperation in security, nuclear non-proliferation, investments, and energy being the major subjects on the agenda.

John Kerry congratulated Kazakhstan on the forthcoming 23rd anniversary of gaining independence from the USSR. He lauded the ever-strengthening strategic partnership between the two nations and Kazakhstan’s balanced foreign policy. Besides, he expressed support to Kazakhstan’s endeavor to host the EXPO-2017.

According to the Kazakhstan’s Foreign Ministry Press Service, the two sides discussed the situation in Ukraine and adjacent issues. “Minister Idrissov expressed concerns over the lingering conflict in Ukraine, over the sanctions policy and worsening relations among major trade partners of Kazakhstan. The sides agreed it was important to stop the military confrontation in Ukraine and to settle disputes peacefully, including through agreements reached in Minsk”, the statement reads.

Kazakhstan-China cooperation prospects to be...

CIS banks to face difficulties due to low oil... 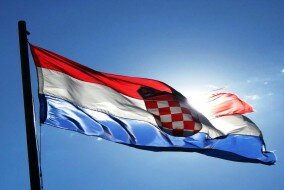 Kazakhstan not to allow foreign companies’ expansion in its energy sector