Deputy Chairman of Turkmenistan’s Cabinet of Ministers and Minister of Foreign Affairs Rashid Meredov paid his first official visit to Astana on Aug. 12 to enhance bilateral ties and discuss the upcoming visit of President Nursultan Nazarbayev to Ashgabat.

“Turkmenistan is a close and brotherly nation for Kazakhstan. We have always had good economic and political relations with your country and we are looking forward to developing our partnership,” President Nazarbayev said, welcoming his Turkmen guest in the Akorda presidential residence.

“A very important project, a railroad running from Kazakhstan through Turkmenistan to Iran and the Persian Gulf, will be completed soon. The railroad’s completion will push the bilateral relations between our countries to a new level,” he added.

During the meeting, the sides noted the growing level of cooperation between the two countries in various fields and discussed the implementation of previous agreements. Meredov conveyed warm greetings from President of Turkmenistan Gurbanguly Berdymukhammedov and informed Nazarbayev of the date the railwayis expected to be put into operation. He highlighted the development of bilateral cooperation in economic, trade, energy, transport and communication, cultural and humanitarian spheres.

“We are now working to prepare your official visit to Turkmenistan. Sending me to Astana, President Gurbanguly Berdymukhammedov stressed that we are ready to organise the visit at any convenient date for you, according to our preliminary agreements – during the end of October and the beginning of November. We will be opening the railway at that time,” Meredov said.

As part of his visit to Astana, Meredov met with his Kazakh counterpart, Erlan Idrissov. During their negotiations, the foreign ministers discussed the current state and future prospects of Kazakh-Turkmen bilateral cooperation, as well as regional cooperation issues and topics on the international agenda. The talks also focused on the Kazakh President’s visit to Turkmenistan this autumn.

“We are very hopeful of the outcomes of the top-level meeting, including the announcement of the completion of the largest transportation and logistics project not only in our region, but also far beyond its borders,” Idrissov said at a press briefing following the meeting, referring to the Kazakhstan-Turkmenistan-Iran railway.

Meredov said, “We are neighbouring states and brotherly nations. The level of our relations today confirms the historically close relationship between us. The main factor of dynamically developing relations between our countries is the trust-based dialogue and understanding between the two heads of state, President of Turkmenistan Gurbanguly Berdymukhammedov and President of the Republic of Kazakhstan Nursultan Nazarbayev. The main purpose of my visit today is to prepare the visit of the President of Kazakhstan to our country this autumn, and I am sure that this visit will be an important historical step towards strengthening the relationship of friendship and cooperation between our two countries.”

The foreign ministers expressed their satisfaction with the level and content of multilateral cooperation between the two countries within the framework of international organisations.

During the meeting, the sides paid close attention to the need to intensify cooperation in trade, energy and transportation. In this context, Idrissov and Meredov discussed the implementation of agreements reached within the framework of the Turkmen-Kazakh Intergovernmental Commission on economic, scientific, technical and cultural cooperation.

In 2013, the trade turnover between Kazakhstan and Turkmenistan reached $392.9 million. The sides stated there was serious potential for much deeper cooperation in trade and identified ways to increase trade volumes.

“We are glad that the representatives of both Kazakh and Turkmen business circles are increasingly interested in mutual cooperation, exchange of experiences and expansion of business relations,” Idrissov said.

He also noted that the Kazakh-Turkmen business forum to be held this year in Ashgabat should become an efficient mechanism to build bridges between the business structures of the two states.

A significant outcome of the talks was the signing of the Programme of Cooperation between the Foreign Ministries of the two countries for 2015-2016, which is intended to strengthen the political dialogue between the two states. 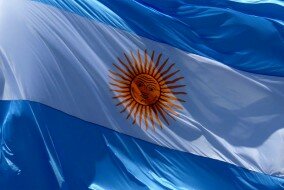 Argentina is now visa-free for Kazakhstan 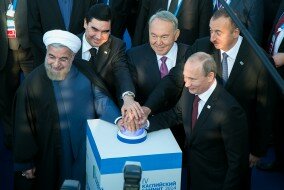 Foreign Minister: Kazakhstan will not change its name

Massimov holds talks with heads of financial institutions in Davos