Soyuz Launches from Baikonur with Expedition Crew Headed to the ISS

Russia has launched the Soyuz TMA-13M spacecraft with an international crew of Russia’s Maxim Surayev, NASA’s Gregory Wiseman and European Space Agency astronaut Alexander Gerst on board, to the International Space Station (ISS), the Russian Space Agency (Roscosmos) reported.
The spacecraft is scheduled to dock with the ISS some six hours later.

Soyuz has separated from the booster rocket and reached the intended orbit, a Baikonur space center official told Itar-Tass.
Jirafetti, a soft toy and the ship’s mascot announced the occurrence of freefall as it floated in the air.
The crew comprises Russia’s Maxim Surayev, NASA’s Gregory Wiseman and European Space Agency astronaut Alexander Gerst. Their mission at the international Space Station will last more than 167 days.

“All three of them feel well,” the Baikonur official said.

The ship is piloted by Maxim Surayev. He and his colleagues – NASA astronaut Gregory Wiseman, and European Space Agency (ESA) astronaut Alexander Gerst – are to join on Thursday Russian cosmonauts Alexander Skvortsov and Oleg Artemyev, as well as NASA astronaut Steve Swanson who have been working aboard the ISS since March this year.
Surayev flew to the ISS in 2009, while for Wiseman and Gerst it is the first flight to the orbiter.
The crew will dock with the ISS under a truncated six-hour flight plan as early as 05:48, Moscow time. The spaceship will moor by the smaller research module Rassvet (dawn) (MIM-1) of the orbital station.

One of the advantages of the shortened flight plan is that the crew do not have to get adapted to zero gravity in enclosed space of the Soyuz spaceship where it is rather cold. Weightlessness begins to tell on the human organism in approximately five hours’ time, that is, the crew will be adapting to zero gravity aboard the ISS in comfortable conditions.
The first manned flight according to the shortened diagram (when the spaceship makes only four orbital revolutions) was made by the crew of the spaceship Soyuz TMA-08M in March 2013, and by the subsequent manned spaceships 09, 10, and 11. However, during the previous manned space launch in March this year, the Soyuz TMA-12M traveled to the orbital station in accordance with the standard 48-hour routine.
The arriving crew are to carry out an extensive program of applied research and experiments, video filming and photography on board. They will handle the arriving Progress cargo ships and the docking with a U.S. Dragon freighter.
The ISS crew plan three spacewalks: two will be performed by Skvortsov and Artemyev, and one by Surayev and Alexander Samokutyayev who will arrive to the ISS as a member of the next mission.

Putin and Nazarbayev to Discuss Energy...

10 Popular Jobs That Are Quickly Disappearing 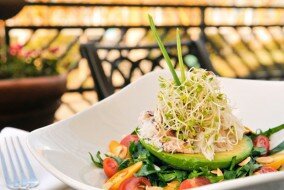 The 12 Hottest Property Markets In the World