Leonardo DiCaprio to be invited to Kazakhstan’s EXPO-2017

According to the Managing Director of the National Company Astana EXPO-2017 Saltanat Rakhimbekova, Leonardo DiCaprio and other distinguished ambassadors advocating on behalf of the UN to address the climate change will be invited to Kazakhstan for EXPO-2017.

Rakhimbekova shared the plans at a meeting of the Business Council in Atyrau on 29 September.

“We have started preparing the content of the exhibition. (…) You know, the first climate summit in New York took place on September 23, where new approaches to the fight against the climate change were discussed. It is the same subject that is being promoted by the United Nations. The initiative started in New York, and will continue at a Forum in Astana on October 22-23,” she said.

EXPO-2017 in Astana will focus on alternative energy security, sustainabiliy and renewable energy. “Future Energy is conceived as an extensive, integrated project that addresses the fascinating topic of energy from several perspectives, allowing for it to be contemplated as a determining factor in how societies and everyday life function,” the website of the exhibition says.

“Legendary personalities are becoming ambassadors of the UN on climate change. Leonardo DiCaprio, New York City Mayor Michael Bloomberg are doing tremendous work to improve the environment of the planet. This must be wisely carried on to a platform in Astana,” Rakhimbekova explained.

For this, there are plans to send invitations to good-will ambassadors and “green” celebrities, such as Leonardo DiCaprio, she said.

“In 2014 we have a forum on emissions, in 2015 – on energy efficiency, in 2016 – on access to energy for everyone, and in 2017 – 90 days of conferences and, round-table discussions on these topics. We will invite eminent ambassadors, so that they make their contribution on the exhibition. Stars like Jolie, Schwarzenegger, who make a real contribution to the fight against climate change should also be there. We will invite “green” celebrities who are concerned about climate change,” Rakhimbekova stressed.

The 11 Coolest Cars From the Paris Motor Show

This is how Atyrau looks from a bird's-eye view

Signals of change: change of what? 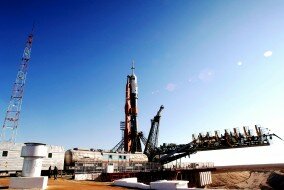