Qatar Solar Energy and the multi-billion dollar Kazakhstan-based energy company Kazatomprom recently signed a ‘landmark’ agreement that will see large quantities of solar grade silicon provided to the MENA-region-based solar company at a ‘very low’ fixed cost for the next ten years. For more details you can look through our investigative article at Top-Papers.com.

The agreement is especially interesting when you consider the fact that as demand for raw polysilicon is likely to grow substantially over the next decade, Qatar Solar Energy (QSE) appears to have positioned itself quite well in that regard — though I guess that we’ll have to wait and see how it all plays out.
The deal was signed by QSE CEO Salim Abbassi and the Chairman of Kazatomprom’s solar division, Mr Azat Betekbaev.

The press release provides some background on Kazatomprom:

Kazatomprom, ranked as the world’s largest producer of uranium, has been active in renewable energy since 2009. The company implements a number of high tech innovative projects in the sustainable energy sector including the production of photovoltaic modules (Astana Solar), the production of ingots, wafers and cells (Kazakhstan Solar Silicon) and solar grade silicon production (Kaz Silicon).

Speaking about the deal, Mr Abbassi commented: “This partnership allows QSE to secure the entire value chain from raw material to smart-grid development and provides a powerful foundation from which QSE will further expand its production capacity to 2.5 GW.”

“The steady supply of quality raw material is crucial to Qatar Solar Energy’s mission to deliver on the promise of low cost and affordable renewable energy for populations across the world. Solar grade silicon from Kazatomprom will be used in the manufacture of QSE’s innovative products that are designed to perform in the most demanding environments present across the planet. By lowering costs and increasing efficiency, QSE is accelerating the democratization of renewable energy worldwide,” said Mr Abbassi. “QSE is achieving this by combining research, development and manufacturing under one roof to form a fully integrated value chain. QSE, when it reaches capacity of 2.5 GW, will make Qatar one of the largest producers of solar power in the world, contrasted with the total combined capacity of production in Europe and the US which currently stands at 3.4 GW.”

In tandem with the financial deal, QSE and Kazatomprom have also pledged to further their ties with regard to knowledge-sharing and training. As part of this, a delegation of Kazatomprom engineers is expected to travel to QSE headquarters in Qatar sometime in September. 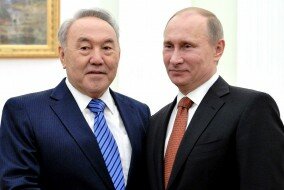 The Pound Is Tanking After Scotland Poll Stunner