Operations at the field, expected to eventually reach production of 400,000 barrels per day of oil equivalent, started in September 2013 and were halted a month later due to gas leaks from the sour gas pipeline. They will restart after pipeline replacement.

KazTransOil Chief Executive Kairgeldy Kabyldin told an oil and gas conference in Kazakhstan that Kashagan shareholders, some of which also own stakes in the Caspian Pipeline Consortium, the main export route from the field, have sent their export estimates to the pipeline managers. 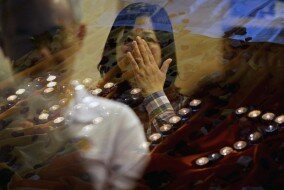 No lay-offs at Kashagan